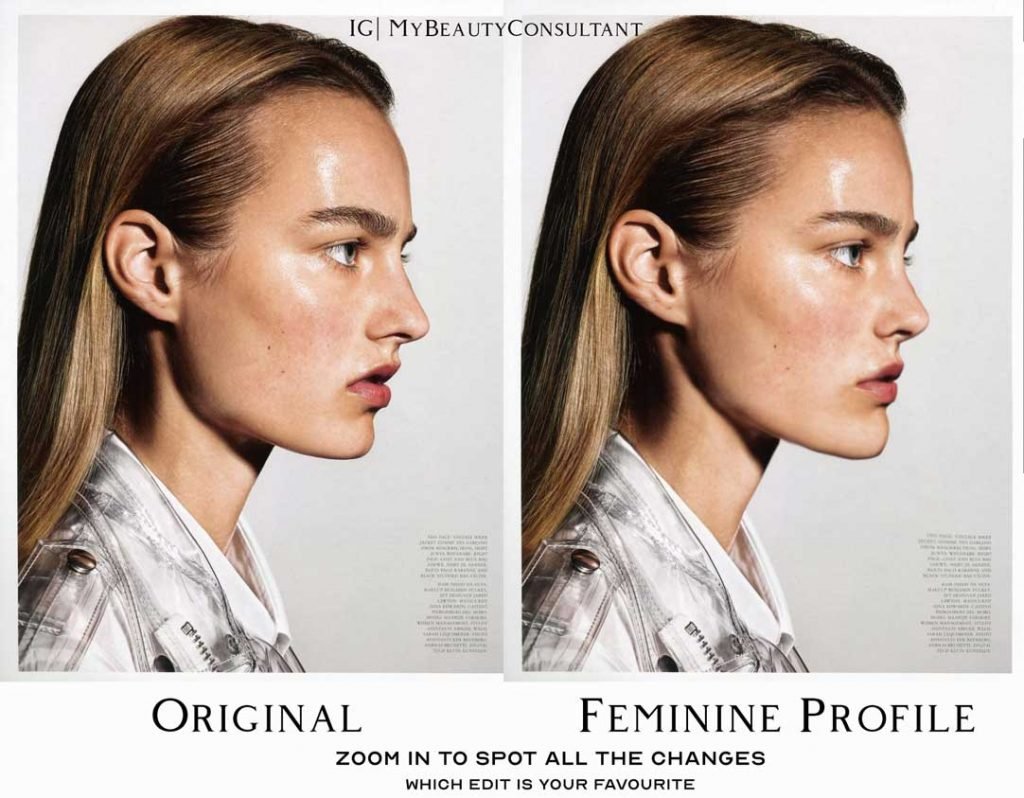 Whether you are male or female a defined jawline is one of the most key health indicators showing proper facial development, healthy body fat percentage, aligned bite, and also influences lip seal

Of course, there are many differences between male and female jaws. One of the most notable of these differences is the chin which when wider is more masculine and more feminine when narrow.

It can also protrude in front of the lips which is possibly the most masculine feature a face can have.

In general, faces where the jaws protrude in front of the eyes, are more appealing than flat faces. People with such faces typically have more prominent cheekbones and better jawlines. This allows for faces to have more flow and is much more aesthetically pleasing.

This is actually where the Korean Jaw surgery trend has gone wrong, instead of moving the jaws forward they shave the jaw and set it back which results in fake, inhuman, and doll-like appearance which is not attractive to anyone without confirmation bias.

Your face is composed of three main sections:

The closer these thirds are to being equal in length the more likely it is that you have a harmonious attractive face. When one of these thirds is significantly too long or too short it can drastically impact how attractive the face is.

In the edit above, the left is the original where the upper third is too long and the middle third is too short. As you can see by making the thirds similar in length he becomes significantly more attractive.

In females, the upper third can typically be slightly longer than the other thirds without causing problems.

Bella Hadid has made the eye tilt infamous by getting exposed over and over again for editing her eyes to a positive tilt.

Positive eye tilt is one of the most attractive feminine features. Almost all of the most beautiful females in the world have at least some positive tilt of their eyes. Some examples include Adriana Lima, Taylor Hill, Romee Striijd, Magan Fox, etc…

In men, a slight amount of positive tilt is still attractive although too much can create a feminine and weak look. Neural to very slightly positively tilted eyes are the most ideal in men.

Negative eye tilt is a very hard feature to look attractive with. It is possible, but your other features will have to be top notch.

High cheekbones are one of the most important features to be truly elite in terms of facial beauty.

While they are not necessary to be 90th percentile, to be a high tier model they are almost a must.

Low body fat % is one of the most important factors to having an attractive face. At a lower body fat percentage, your cheekbones and jawline become much more visible than if you are overweight.

At low enough body fat percentages, some men will even get hallow cheeks, which is one of the most attractive male features.

Your philtrum is the area from the bottom of your nose to the top of your upper lip. Shorter philtrums are generally more attractive, but more importantly, long philtrums are a universally unattractive feature.

In males a smaller philtrum to chin ratio is desirable.

High brows are universally recognized as a feminine feature.

Maybe you are considering a brow lift to get higher brows…

well, let me tell you high brows due to a high set brow bone look completely different than brows from botox brow lifts.

Some people confuse high brows for lack of eyelid hooding. These are two completely different things and must not be confused.

Make sure to check out my other blog posts and follow me on my Instagram to stay up to date with my latest posts on beauty secrets.